I was going to roll up in here and complain some more about Shia La Beouf and what a plagiarizing asshat that guy is, but then I learned that Amiri Baraka died today, so I thought I'd post about Baraka instead. It seems fitting, in a way, to preempt the childish antics of a man so privileged he thinks it's legit to steal from others and then validate it retrospectively with some boner concept of performance art. Anyone telling you art has to be free is already getting paid.

So, anyway, Amiri Baraka. I know him mostly though his poetry, and most of that was decontectualized stuff collected in anthologies. Stripped of context, they read a little like beat poetry. It's one of those grim realities that I often learn more about a person in death than I knew about them in life. Baraka was deeply involved in the Black Power movements of the late 60s and 70s, movements which have been reduced to an afro and a fist in the air in popular iconography, but were (and are, though divided and changed) complex literary, activist and intellectual movements. Pretty fucking awesome article about Black Power here.

I did a search trying to find Baraka poems I already knew, and became downhearted by how few are on YouTube. That's fine; I found this. I was struck by how open his anger is, because I feel like that's something denied black men in America. We judge Obama by his emotional coolness. It's what makes him presidential. But, speaking of popular iconography, being black in America still gets him this: 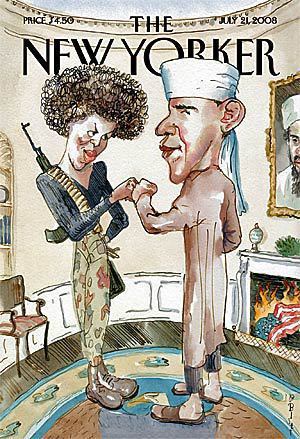