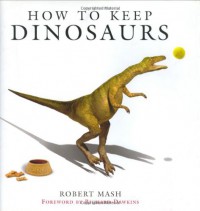 This is book that make me realize I really hate Richard Dawkins. More on that later, as I don't want to mar my love for this book by hating on something else.

I've been using my son as an excuse to fuel my obsession with dinosaurs, but I really need to just come out and admit that I'm the dino-freak in the house. It probably started when my grandparents would take me to the Carnegie Museum of Natural History in Pittsburgh. Many many bad things could be said about old Andy Carnegie, but his presbyterian guilt over the insane amount of wealth he acquired (such a neutral verb) resulted in some incredible public works. That he was greasing his guilt at the same time the Bone Wars were dying down makes the dinosaur collection at Carnegie one of the best in the world.

One of my favorite displays in the museum was a row of cases showing the periods before the dinosaurs: the Ordovician, Silurian, Cambrian, etc. Plaster Nautiluses floated in the imaginary seas of the past, great wire-and-cloth sea flowers rippling in currents unfelt. As an adult, after reading Stephen Jay Gould's The Burgess Shale and its compelling descriptions of the pre-Cambrian explosion, I dragged my family to the dusty corner where these now-ancient cases had been dumped, and was impressed by how diminished they were: the glass etched and old, the plastic parts of the creatures showing the greasy brittleness of plastic fatigue. But they were so real!

Dinosaur books are a kind of science fiction, breathing life into worlds suggested by the facts, rounding out the edges of our imperfect knowledge. They travel back in time and put flesh on the bones. But, man, I have to say there is something about bringing dinosaurs forward to run amok on the streets of Tokyo that really gets the blood pounding. The Jurassic Park movies pretty much suck, and suck more as they go along, but there's that typical Spielberg moment when Laura Dern and Sam Neil first see the browsing herbivores, where they tear off their glasses and stare in absolute wonderment, and I think, “There, that's why I watch this shit. I am right there with you.” But the stories themselves are ones of horror: the usual Frankenstein/anti-science claptrap. Oh, our unbounded hubris! (Did you ever notice how much Hammond looks like Andrew Carnegie? Seriously, I think it's a thing.)

This books brings the dinos back, but in an entirely novel way: as pets! I picked up a copy a couple of years ago as a Christmas present for the boy (read: myself) but didn't get much farther than looking at the pictures and reading the introduction (grrr.) I determined, from this cursory perusal, that it was a series of sight gags and a bunch of inside jokes in the British public school vein. I was so wrong! The boy recently found this book again, on his shelf, and began demanding that I read it to him, so he could determine what dinosaur he could get as a pet. Compsognathus, already a favorite, was a front-runner for while. (“Your compies can, with perseverance, be trained to use the litter tray.” captioned under a photo of one doing so. Poop is always funny, I tell you what.) Microraptors were dismissed, due to the photo of a flock of them wrecking a kitchen. Too messy, the boy determined. Then he moved on to Leptoceratops, as the photo has the dino picking flowers. However, the line, “Mature females are very flirtatious and become so fond of their owners that you may need to think seriously about how far you want the relationship to go,” made me rethink the whole idea. I had a Cocker Spaniel once.

He's currently into the Deinonychus, as there is a picture of several of them playing cards together, and he's looking for a more willing partner at Uno than I am. Alas, the Deinonychuses (Deinonychi?) are listed in the chapter on “Dinosaurs for Security Work,” and, as Robert Mash puts it, “no amount of dromaeosaurid regret (and they are often heart-rendingly penitent) can bring the victim back to life.” Maybe when the boy is older, and we invest in a shark-bite suit. But then, of course, he'd go off to college, and I'd be left with a creature who could disembowel me if I refused to play cards. Those of you who already live with teenagers are no doubt shaking your heads in a knowing manner. Yes, yes, I have no idea, let's move on.

This is not the kind of book one reads in a sitting; it's the coffee table sort. But going through it again and again has made me really appreciate how well put together, and funny, it is. Mash has printed a series of symbols, maybe twenty-odd, that he uses in the corners of each dinosaur heading. A teddy bear for “likes children”; a teddy beat with a missing foot for “likes children to eat” and so on. His wit is dry and understated, and the science solid, at least from what I can tell from my education consisting of dinosaur books written for children to read at bedtime. Here's a couple of quotes, just for fun:

“Of course...there is the danger that celebrities will want to put clothes on them and take them around on private jets. I have no evidence, but I have a feeling this might be a little too much for Stegoceras and could lead to neurosis and the whole gamut of anxiety-induced diseases.”

“James Fallow has calculated that it would take 292 lawyers, each weighing 68 kilograms (150 pounds) to keep a 4.5 ton Tyrannosaurus fed for a year, an understandably optimistic estimate.”

So, why do I hate Richard Dawkins? Calm down, I'm not going to start ranting about the world being 6012 years old. His sin is of a different sort: he made this book, in his introduction, sound like a horrible snooze-fest. I feel like I've been referencing Monty Python a lot, but I'll just go ahead. You know the Nudge Nudge skit where Eric Idle is talking to Terry Jones in an indecipherable code, wink wink nudge nudge, and it's a parody of that insular jargon one finds in closed social systems? That's what this intro was written in. “If [Robert Mash:] had a predecessor, it was Psmith: 'That low moaning sound you hear is the wolf bivouacked outside my door' is what I would think of as a Mashian way of saying 'I'm skint.'” Oh really, would you? Wanker. This book is so much better, and so much funnier, than Dawkins and his introduction would indicate. I may be skint, but I'm not sure.