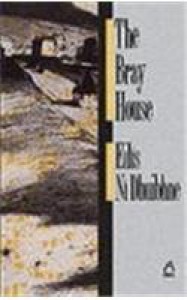 There my be something about the experience of writing in Ireland that drives writers into exile. For every Yeats who holes up in a castle in County Sligo at the end of his days, there's a Joyce or Beckett or Shaw or Wilde who leaves Ireland and doesn't so much not look back as look back with love and pride and revulsion and irritation, look back compulsively and minutely. (Although, arguably, Yeats didn't really live in Ireland either. He lived in a magical place called Yeatsland.) The Irelands of these writers are mirages of the retreating horizon, full of equal measures of hate and longing. Like the bragging protagonist in “Playboy of the Western World,” Irish writers conjure and murder their Irish father again and again, but the joke's on them when Ireland continues to plug along in its Irish way, spitting out more exile-artists from the fertile ground of lost and sublimated languages, religion, peat smoke, and god knows what all.

Éilís Ní Dhuibhne is not just Irish, but the kind of Irish that has an unpronounceable Irish name with the little thingy over some of the vowels. When she looks back, she doesn't turn into a pillar of salt, Ireland does. She nukes it to a hard uninhabitable crust of ash and loss, and then catalogs its innards with the fine and almost-loving hands of an anthropologist scrying meaning from a collection of everyday objects and unfinished lives. Set in an ecologically devastated future, The Bray House is the first-person account of a Swedish academic, Robin, who organizes a expedition to return to Ireland and excavate one house out of the nuclear wasteland that is now Ireland. (When I said Ní Dhuibhne nuked Ireland, I wasn't being funny; a series of nuclear accidents some time before the events of the book utterly destroyed the British Isles.)

It seems very rare to me that writers create truly horrible, unlikeable characters. Now that I say that, I realize that statement needs some clarification. There are plenty of unlikeable sorts in lit, but they're usually shot through with some kind of redemptive humanity, some moment where they stand below the prostitute's window and realize she's a better person, and has been all along. (Also, I've never read Lolita, although I understand that HH can bring the serious lulz.) I can see why authors wouldn't want to do this. Not because they shy from the unlikeable and dishonest, but because who really wants to bring a creature like that into being, think like them, craft words they'd use? Blech. It was bad enough listening to Robin spin her entirely untrustworthy narrative of what happened on the expedition, what things she lost and found, what the events meant. I wouldn't want to be the one who had to craft her voice, construct her guts and her lies.

I don't care much about plot, and I get the impression that the author didn't either, but someone told her she should. This is too bad, because there are some things that happen that felt unnecessary or overly metaphoric, simply for the sake of having some events. The ending shows a restraint that many authors can't muster though, although I won't say too much more for fear of spoilers. The part that absolutely killed me was the little anthropological whaling section in the middle, written in dry academicese, that details the contents of the house they excavated, divines the characters of its inhabitants, and conjures the culture of Ireland in the moments before it vanished. It's like the cast of the lovers from Pompeii, encased in ash and burned away, found later when archaeologists poured plaster into the voids. Robin isn't a plaster person; she's worse than this. She's real and talking back at us from the void. It's not a plaster Ireland, it's sadder than this.

When Americans annihilate our home country in fiction, we get Jerry Bruckheimer to direct, pack the White House with gasoline and a timer, and hire Charleton Heston and Will Smith to pose heroically in the foreground. It's not a conflagration so much as a cook-out, a chance for neighbors to gab while the neighbor's house burns to the ground. Such a pity! I envy the way the Irish return to their Irelands, a concrete and shifting mirage of conditional statements: might have been, was possible once, could be soon. As a nation of immigrants, we Americans are always arriving, finding new Americas when we cast off the old. Ireland is written by a nation of artists in exile, who keep trying to set the plaster while the dust shifts.