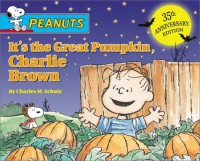 I love Halloween. I love that it's both transgressive and social, sending kids out of the house to threaten neighbors for candy. I love that it's well hated by all kinds of people: not Christian enough for certain kinds of Christians, not secular enough to be accessible to other religious adherents, setting off a tizzy of anxiety from parents and authority figures about razor blades and sex offenders and vandalism. I was a pretty law-abiding teenager, but I remember fondly soaping windows, smashing pumpkins and toilet papering the house of the asshat who spent the previous 5 Halloweens smashing my boyfriend's pumpkins. As an adult I feel pangs of sadness about the fact that probably it was the asshat's mother who cleaned up the mess, but then, when it was my turn for my house to get egged, my mother handed me a bucket and told me to get to it. I didn't even protest how it was unfair, because it wasn't.

In honor of the fact that it's Halloween, I'm going to be a little transgressive. I don't much like this book. The movie was not just better, but worlds better. I know it's almost a hobby of readers to bellyache about how the book was better, but not so in this case. I mean, it hit all the marks, like an actor that's been doing it so long it's second nature to step to the right piece of tape on the floor at the right moment. Sweet baboo, the flying ace, oh brother, all these things dress the tale, but it's weird and not that compelling. For an embarrassingly long time, I lumped Peanuts in with the Family Circus & similar dreck, assuming that it was a bunch of twee nonsense that sold an idealized vision of childhood and the family, but though I am loathe to admit it, I was wrong. Peanuts is crushingly miserablist at times, the final panel often ending with a sigh, Charlie Brown's resignation functioning as a bleak joke. There are no parents, no teachers, just kids speaking to voices outside the frame of the strip. Maybe it's that this isn't a strip, but a book adapted from the movie adapted from the strip. Too many times through the copy machine.

I live in Minneapolis, and watched with horror when St Paul, the city across the river and Schulz's birthplace, canonized Schultz after his death, strung streamers of preciousness over his work. The powers that be put up barfy statues of Snoopy on his house all over the place, no doubt to invoke some childlike wonder from me when I go shopping. I hate when childlike wonder is used as a marketing device. You can take your commercialist childlike wonder and shove it, which is more or less what happens to poor crazy Linus after his evening in the Garden of Gethsemane the pumpkin patch, rejected by his friends, abandoned by his girlfriend, unvisited by the Great Pumpkin. It's the semi-sociopathic Lucy that comes and ushers him to bed, a sweet moment of caring out of the least empathetic person in the strip. Peanuts is often understood through the lens of Schultz's Christianity, but this is the Christianity of stoicism and those gospel songs about how great things will be when you die. Linus's night of faith doesn't get him much but heartache because faith is by definition unreasonable and sometimes anti-social, but he wakes up the next morning alive still to the wonder of the Great Pumpkin and the hope that the next time will be different.

We can greet this all with a sigh, but as an unbeliever of long standing, it's the sigh of longing. Linus misses out on all the fun of Halloween, like the friend I had growing up who had evangelical parents. We'd knock on her door, decked out in our demonic costumes. Her mother, lips pressed in a hard line, would drop fundamentalist comics into our bags, and we'd wave back at my friend who was both horrified and grateful that we'd come by. We'd say thank you and her mother would more or less slam the door in our faces. The next morning the street would be littered with spindled and defaced fundamentalist propaganda, but I always brought mine home to my parents who would cluck and help us divide our candy and extract the taxes that are every parent's due. But on nights other than Halloween her mom was blithe with her faith, even if she was still a little mean.

It's Halloween, and the seasonal flu has infected my kids like the stalking predator it is, the evil microscopic monster hijacking their little bodies so they they become fevered boogar factories coughing clouds of infection everywhere they go. I'm half considering just hanging signs on them that say “H1N1” when we go out tonight. Trick or treat. We're coming for you.