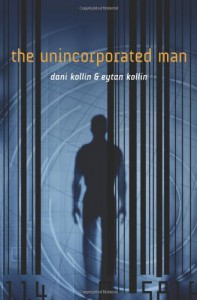 I have received a transmission from the future. Sadly, its contents contained no useful information, instead being a review of the movie of The Unincorporated Man. Try betting on this:

The plot: A man, Justin Cord, is cryogenically frozen and thawed out 300 years in the future, when all people are incorporated as, well, corporations. A future person's parents get 20%, their siblings get a share or two, the government gets a legally mandated 5% in lieu of taxes. That person barters away the rest trying to acquire housing, an education, whatnot. Confusingly, there are also actual corporations, in the modern sense. When someone works for one, and he or she doesn't hold a majority of their own shares (not likely until later in life), then they live in a kind of indenture, and the corporation can more or less dictate their lives. Despite this lack of freedom, the world is otherwise utopian: nanotech and similar advancements have made every single person on the planets, well fed, very pretty, and functionally immortal.

Angelina Jolie plays Neela, the woman assigned to reintegrate Justin into society. While Ms. Jolie encompasses the fem-bot beauty described in the book, I'm troubled by the persistent sense that she is always acting and not truly inhabiting the role. On the one hand, the character of Neela is a consummate actor, trained as she is to smooth the transition when there's been a gap between suspension and reawakening, sometimes measured in years. However, despite being told many, many times by the authorial voice that she's a gifted reintegrationist, her actions do not show this to be true. If, indeed, there is a social taboo again reintegrationist and subject forming a romantic attachment 300 years in the future, then she would have taken one of the 500 chances to get out. Otherwise she is a perv. And Jolie encompasses both perviness and actorliness, so it mostly works.

However, Mark Wahlberg as Justin Cord, the hero of the story, is a total disaster. Current wisdom holds that Wahlberg functions best in an ensemble, and the current wisdom isn't wrong. After the debacle of “The Happening,” where Wahlberg botches a middle-class everyman, clearly producers thought it was time for Wahlberg to botch a brilliant industrialist. But while the mess of “The Happening” isn't close to being entirely Wahlberg's fault, the same is true for this film.

Justin's awakening in this world sets off a bunch of reactions. As the only unincorporated man, he's a threat to order, and shocks the economic and social systems. As a billionaire industrial from late-millennium America, the whole concept of personal incorporation makes Mr. Cord feel all itchy and cranky, and several legal maneuvers are deployed to get his ass to incorporate. No dice. You can never take our freedom! Forty-four forty or fight! Or something. He becomes a lightning rod for the de-incorporation movement. I had a hard time buying the rousing quality of the speeches Mr. Cord delivers throughout the book toward this end - St Crispin's Day, it's not - but Mr. Wahlberg's delivery completely eliminated doubt.

He's affable enough, though, and the Mardi Gras hook-up between Neela and Justin (complete with bat wings and a tail, for all you pervy pervs out there) is totally hawt. Justin, despite Marky Mark's blankness, also has more to do in the film than the book, instead of lolling around, eating cold cereal - seriously, it's like a thing - and quoting Milton Friedman. The best aspect of the book is the careful attention to technology and it's implications, and seeing fluid floor-plans, sourceless lighting, and flying cars in the movie was just plain fun. Technology is always cool.

Keanu Reeves, though, as Hektor Sambianco, that's the stuff, right? Mr. Reeves is an interesting case. He has tremendous range. No seriously, think about it: from Shakespeare to rom-com, action to dramaction, indie faves and weird sci-fi anomalies. He plays all these roles with the same aplomb he has in his Best Role Ever: “Bill and Ted's Excellent Adventure.” His affability is his greatest asset, and it works well against Marky Mark's blankness. In playing the bad guy, the corporate spider who spins webs to capture the only Unincorporated Man, Mr. Reeves's cheerful stupidity epitomizes the banality of evil. (I'm sorry, Hannah Arendt. You're probably rolling in your grave.)

The film also smooths over a lot of narrative lumpiness one can find in the book. There are two authors: the Brothers Kollin. The editing is choppy, and there's an disorienting sense of pull-back when the Libertarian drops his info/evangelizing into the meat of the tale. In the film, this is paid homage to in the voiceover, the dreaded authorial voice in film, and like in Blade Runner, the voiceover is almost completely unnecessary. The film also excised a bunch of information clearly meant to cover plotting in the sequels, which is awesome. All in all, the film was better than the book.

So there you have it, dear readers. Wait for the movie.