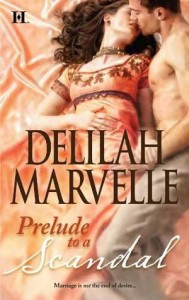 The romance novel seems the logical place to work out some complex stuff about sexual desire, the relationship between sex and love, the domestic, etc. But I wouldn't know it from the (admittedly few) romances that I've read. There's a chilling sameness to the sexual responses, underneath all the wonderful/awful variety of the way bodies are described in some romances - “throbbing vulva” “apex of her thighs” “manroots” “aching groin”. The principles in romances often respond to one another with a violent tandem lust, nipples popping their moorings, erections chaffing urgently against the scratch of the zipper. It doesn't always seem so silly, but there are times when I think, girl, you have a neurological disease, or you are having a stroke. Sexual response translates then to sexual fulfillment, and then to love and marriage and babies, an inevitable trajectory.

This is what I really liked about this book: this violent sexual response is understood to be pathological. Duke Whatshisface has a sex addiction, and all the fluttering, boner-popping and heaving has got to be brought under control before the relationship is going to work. Justine thinks he's hot and all, but doesn't always fall into his arms just because he gives her a smoldering look. The trajectory of the relationship is mussed up a bit: affection through friendship, then marriage, then a series of sexual encounters that don't always go well, interspersed with some chat about the difference between sexual response and the emotional one. A couple's sexual relationship has to move from flash-bang to actual work, and these two honestly work. It is understood the flash-bang isn't the same as fidelity and commitment, an equation I see running though most, maybe all, of the romances I've read. Well, hot damn, this is pretty awesome.

Setting this in the Regency is problematic. I can see why it was done – I cannot think of a modern situation where a girl is going to marry or otherwise commit to a guy and then work out the relationship and the sex addiction, short of some stupid green card scenario. So it's set Regency so we can have a woman marrying not-for-love, but for social expediency. But there's no nomenclature to talk about sex addiction in a Regency setting. I mean, Justine, the girl, has a naturalist father who has been incarcerated – this is the fuel for the marriage plot – due to publishing a defense of homosexuality – it's natural! You sir, are promoting buggery, and this will not stand! So there is some reference to prevailing opinions on sex, but when it comes to dealing with sex addiction, I just think the mental/linguistic framework isn't there, and it makes it hard to ken how this whole sex addiction thing works.

I admit I kinda don't get sex addictions. I'm not saying they don't exist, and I can see how any activity that produces pleasure can become an activity that people seek out compulsively. But it can't be explained here in terms that I will understand, given the setting. And I think Marvelle put a fair amount of time into working through Duke Whatshisface's thought processes, which were riddled with shame one moment, and dealing with his obsessions the next. He, more often than not, makes progress with his addiction, only to backslide and mess it all up again the next day. I think this has psychological truth to it. His rock-bottom moment happened before this book takes place, so he's now coming out of self-enforced abstinence, and is learning how to engage sexually. I imagine like people with food addictions learning to eat again, people with sex addictions can't just abstain from their sexual lives forever, because one's sexual identity is too godamn important.

All this said, this book is not a well-constructed book. The interesting parts for me had to do with Justine and The Duke working out the interpersonal, but those sections are bookended by some very ripe silliness. There's a cringe-inducing bathing sequence in the beginning that ends with Justine falling in a tub and The Duke managing his boner for laughs*, and the ending sets up the stupidest third-act impediment to the lovers of all time. OF ALL TIME. Imma let you finish, book, but that was not the smart way to wrap this relationship up. There were more than a couple places where I felt something had been cut out, a connective in motivations, which felt maybe editorial. Which was funny, because the time headings should have been the first thing cut in the editorial process. Like seriously, don't tell me it's two weeks later, show me, and I'll figure it out. Maybe they were thrown in to cover the elisions. I don't know.

I have other gripes, mostly centering on anachronism, and the weird characterization of Africa. Like, I get that Justine is supposed to be like the lead from Mean Girls, coming into the social politics of “civilization” with her refreshing naturalist's understanding of how uncivilized “civilization” is. But, you know, this was not written by Tina Fey, and has this credulous “natural” “Natives” thing going for it that I do not enjoy. (I know there are too many scare quotes in the last two sentences.) I would normally give something like this two-stars, because I can't say I liked the writing, but I'm tacking one on for grappling with a subject that should be perfect for the romance novel, dealing as they do with love, sex, and the interpersonal.

Perversely, I think the romance novel form is what hobbles this book, because it is difficult to write a psychologically real exploration of sexual damage in a form mostly consumed as an escapism. The inevitable HEA makes demands, and we can't end with a tentative and fragile understanding between our lovers, one that respects that no addict is ever cured. I don't think this was Marvelle's intent, but the whole thing ends up looking like cure by Magic Vagina. There are lots of books I wished ended earlier, and this is one goes on the list. No spoilers, but when Justine's parents come and talk to her near the end, that's when I wished I had stopped reading. That would have been cool.

*This has nothing to do with anything, but I keep seeing this sexual slap-stick starting off romance novels – Alexia in the tarts in Soulless, the inadvertent nipple-sucking in that Highlander book, and some others I can't remember at the moment – and it's really making me wonder. On the one had, I like the demonstration that bodies are funny and that sex can be funny, but on the other, slap-stick doesn't usually work on the page. But it's interesting that there's this physical comedy embedded in narratives that are otherwise about idealized and perfected sexual encounters.