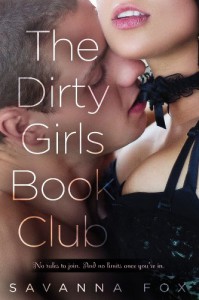 This review has been brought to you by cold medicine.

I was outlining this story for my husband, because that is how I roll, and I had a revelation. Let me spread the Good News to you as well. George "Two Orgasms" Malone is an ad exec or something who is brought in to head a campaign for a clothing company. The spokesman for this campaign is a Manitoba-bred hockey dude with a team call the Beavers. (Stop snickering!) He has a lot of fans. 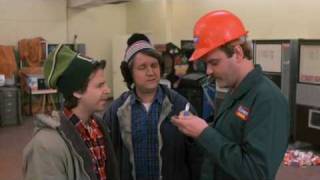 She meets him wearing naught but gonch, he calls her a lesbian, and then they have sex on the conference table. You see, she's a very serious business type lady who doesn't believe in using her feminine wiles at work. She was also part of a chastity movement, and the first time she had sex was on her wedding night with her wonderful, now deceased husband, so it makes total sense she'd bang some dude who just called her a lesbian. It's like if I'd made it with VirJohn. Honestly, I have no idea why any of this is supposed to make sense. Moving on.

So, I wanted to say some stuff about the book club in this book, but whatever has infected my sinuses has destroyed my ability to think or close read. For my part, the book club sections were far and away the most interesting part of this story, as I couldn't ken the Canadinanity of the central couple. (Also, I found the sex-writing to be just gross - too much "plumpness" and "moistness" and "glistening curls" - icky.)

The book club starts off bitching about the Man Booker prize over appies - O, Canada, don't call them that - and then decide that instead of reading literary fiction, they will try their hands at erotica. Ahem. I suppose it is unsurprising, this being fiction and all, but the historical romance is this clobbering intertext about desire and stuff that the main character (and all of her book friends) read themselves against really personally. Like, they're all worried about whether the near destitute widow will end up with the Comte or not, because of what that might say about their lives. And, when she doesn't, I was like, hold the phone. No, that is not a romance novel; it's HEA or go home. The fact that everyone seems to think that the widow's affair is "empowering" and will magic away the very real historical pressures bearing down on her - what? But whatever.

I do get reading romance novels personally, because I tend to take them personally. I have taken a number of them very personally indeed. But I just don't get identifying with characters like this. Georgia is:

1. Smoking hot, but dresses really mannishly because she is not going to use her "feminine wiles" in the workplace.

2. A sexual neophyte despite having been married to her "soul mate".

1. Completely average looking (and I am not fishing here; I look like a person you know, not someone you see on tv) and not really hung up on the concept of feminine wiles.

2. Someone who has been married 14 years, and was not part of any chastity movement before marriage. Let's just say I know my way around an O, Canada and leave it at that.

My husband got kinda sniffy at me when I was making fun of Georgia's two revelatory orgasms. Don't judge other people's sexuality, says he. And he's right - there are lots of folk out there who never get to sing the Canadian national anthem for reasons of trauma or biology or psychology, or a combination of the three. But I'm not making fun of those people. I'm making fun of a character who has sex on a conference table because some asshole calls her a lesbian, and continues the relationship because (as far as I could tell) he gives her her first two whole Canadian anthems. O, Canada! I'm making fun of the idea that I have much in common with this grown ass woman who 1) doesn't know the Canadian anthem and 2) has sex on a conference table minutes after meeting an asshole, and despite her convictions. I think the whole chastity movement is pretty much misguided and regressive, and even I think that's a bad idea.