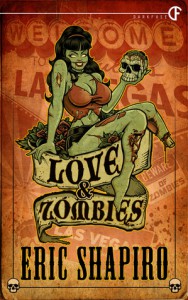 This is one of those things I haven't known what to say about because experience isn't reflection. I enjoyed reading it, but I'm not sure I can say anything smart about it. I blew through a bunch of novellas all in row, which made me have a whole thing about what makes a good novella versus a novel or a short story, but then I waited too long to write any of those thoughts down. But let's see if I can recreate some of it.

First off, the novella is a funny beast, occupying an odd middle distance. Novellas can fail in a lot of ways: not concise enough, meaning they should have been cut to a short story, or taking on too much, meaning they should be a novel. (And the latter might not actually be true, because some of my most hated books were expanded from short stories and/or novellas.) I feel like this book fell into the latter category, in that there was a lot going on, but expanding this scenario would only weaken it, while the specific aims of the story needed a little more time. The most successful novellas I've read often occur in already established worlds, so the exposition is just gestural, and then we can go from there. It was the exposition stuff that didn't work so great for me here, so.

[b:Love & Zombies|17732073|Love & Zombies|Eric Shapiro|http://d.gr-assets.com/books/1365137438s/17732073.jpg|24806658] starts with a very satisfying first person voice: self-effacing while self-aggrandizing, and just freaking funny. The way he introduces you to the other characters - a girlfriend, an asshole best friend - was really grand, with a lapping, anecdotal quality I enjoyed. Turns out the asshole friend wants to pull some ill-conceived and unethical job for a cuss-ton of money, and our protagonist goes along with it for pretty stupid and illogical reasons. Which was okay by me, because I've certainly done stupid things for stupid friends, and I've probably stupidly entreated friends to do stupid things for me, and sometimes they've even gone along with it. Childhood friends especially, because even though we were just friends because of proximity, when you think about it, nostalgia plays its ugly hand.

The set up is very pulpy, and therefore pretty bananas. Main character dude is feeling emasculated because his hot girlfriend is possibly too GGG, and he's not feeling worthy of her. This kind of amazing perfect gf for an admitted loser could piss me off, but our MC actually acknowledges that his feeling are dumb, and doesn't put his crap on her. The stupid, unethical thing in this case is to drive out into the Nevada desert from California, find a zombie, and then squire her to Las Vegas, which is where everything, in pulp style, goes even more pear-shaped.

Oh, did I mention there were zombies? This being one of the things that didn't work so great for me in this novella. Apparently there have been zombie outbreaks all over the flyover states, but places like southern California have heretofore been untouched by the zombie plague. Which, fine; maybe my irritation with this set up is that I live in a flyover state full of zombies, so this sort of coastal insouciance about the zombie plague reads a little lame. I think it works in the whole personal metaphors of the main character, so it's fine, but it doesn't work on a nuts-and-bolts nerd world-building level. I guess I'm just saying that the world doesn't make any sense, except as a personal metaphor, which is why this both works and doesn't as a novella. You can't expand it, but you can't contract it either.

I'll just say: I liked the voice on this thing a lot. The main character is right: I may not like him, but I love his girlfriend, or maybe I just like how he talks about his girlfriend. (Which is another thing: as much as he talks about the girlfriend, I didn't feel like I got enough screen-time from her to really dig her, except as a construct of the protagonist. Which is also fine, on some levels, because it's about him thinking about her and not her. Just, it would have been nice to get a third act snap where you see what he says about her from a slightly different vantage, which would be her vantage. First person though, whatever.)

I liked the near-zombie girl and the throats she rips out half-pretending to zombification. I also liked a lot of choices made by the protagonist, especially in regards to the asshole bf and the zombie girl. I'm not enamored of the tie-up, which read too cutesy perfect for me. Maybe the average novella should end with blood on the floor, because we don't have the investment in your usual novelistic HEA. Maybe. It's possible I'm bloodthirsty in my needs.

Two of the novellas I read in my novella week were DarkFuse titles: this and [b:Worm|17732071|Worm|Tim Curran|http://d.gr-assets.com/books/1365137284s/17732071.jpg|24806656] by Tim Curran. [b:Worm|17732071|Worm|Tim Curran|http://d.gr-assets.com/books/1365137284s/17732071.jpg|24806656] was decidedly more about gross pulp thrills, while this was more voice-driven, with a chatting, hipster douchebag protagonist and his admittedly stupid problems. You could almost smoosh them up into a single hot novel, something with killer voice and killer kills. I kind of did that by reading them back to back, which I would recommend. The nice thing about novellas is you can put them down in a sitting, much like a zombie. Love, however, takes more than a headshot to vanquish. A worthy take-home, all told.

Thanks to NetGalley and DarkFuse for the ARC.