Hail to the King, baby 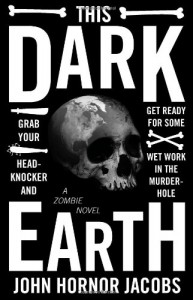 So, I was recently watching The Dark Knight Rises, and kind of craughing to myself about what a brilliant expression of post-9/11 fascism it is. I don't mean the term "fascist" in its sloppy usage of "stuff I don't like" or "dad", but the more old school definition of authoritarian militarism that positions the arbiter of justice not in law, but in an idealized übermensch, you know, with your usual racial and nationalistic overlay on what makes the mensch über. Bad guy Bane talks a lot of shit about giving power back to the People - invoking the dialectical enemy of fascism, communism - but as a fascist tract, there is literally one person who might be considered "the people" with a speaking part, and that's Catwoman's wing-girl. She has maybe three lines. The police state and the über-police state are pretty much the only important players in a city of 11 million, the People existing either to cheer Batman or drag rich people from their homes dumbly. It's pretty much a Leni Riefenstahl film, both in terms of ideology, and stunningly beautiful fascist aesthetics.

A diver in the 1936 Olympics, photographed by Riefenstahl

Putting aside some lumpy plotting - which no doubt was caused by Heath Ledger's untimely death after so perfectly capturing hysterical nihilism in The Dark Knight (and I'm glad they didn't re-cast the Joker) - The Dark Knight Rises brilliantly expresses the not-so-latent fascism of the superhero story. It'll be interesting to see what the Nolanizing of Superman comes up with in Man of Steel, because Superman was your granddaddy's very first anti-fascist American fascist superhero. (Sometimes you gotta fight fascism with fascism, apparently.) Somehow I don't think it'll work, because Superman is boring, and the best fascists have some chutzpah. The old fanboy saw is that Kent is the disguise, and overpowered aliens posing as dorks are hard to put the banners up for. Squeeze out that single tear, fascists, then we'll root for you.

Anyway, some what belabored point being that I was reading This Dark Earth at the same time, and kinda musing to myself about all the post-9/11, fear state, how-will-we-maintain-our-humanity-in-the-face-of-terror that I see as endemic to the zombie narrative. This Lord of the Flies with cannibal corpses has been going on at the very least since 9/11, but certainly bubbling there in Romero's game-changer, Night of the Living Dead, where he rips the shit out of the American nuclear family and societal structures, and probably even earlier in your older school Voodoo sorcerer controlling reanimated slaves folklore. (Sophomore level paper topic: taking the farmhouse in Night of the Living Dead as a structure that symbolizes the Freudian psychological model - id as basement, ego as main floor, superego as attic - map the movement of the characters within this landscape as pertains to societal construction. Et cetera.)

So, This Dark Earth is, in some ways, a very traditional zombie story, starting in a hospital becoming overrun as the doctor very slowly accepts what is occurring around her, complete with zombie infants and a chemical dump outside of town. A basement-bound reunion of mother and child, a bullet in the brain of a turned husband, a military group using a woman as rape fodder and mama, a barbed wire settlement slipping towards feudalism, a girl writing notes that she's sure no one will read - it's all there, and more - the wrangling and hand-wringing of the boy grown into a world with new rules, the prince of this new dark earth. The steam train. The slavers. Jacobs hits all of this, lightly, humanely, with an eye toward the individual that I feel gets lost in a lot of zombie stories, somewhat perversely. Even with very large time shifts, the pacing is furious while still managing a tightly personal tone.

A lot of people are going to invoke AMC's The Walking Dead with this book - and I guess I am too - but this book checks a lot of the stupid societal bullshit of that show - Rick shouting about how "this isn't a democracy" and then getting his ass bitten by eye-patched demagogues (but not literally, of course), Carl turning into a squint-eyed tiny badass, the rheumy moral mouthpiece wondering "but at what cost?" I'm still into Walking Dead for the set-pieces, because those continue to thrill, but I have no patience for the people or the society of that show. And I've lost patience with the characters of Walking Dead because it never comes out and owns the inherent fascism of the zombie survivor community, not with any finesse anyway. Breathers are all imbued with exceptionalism in the zombie apocalypse. It's numbers; that's all. But on Walking Dead, Rick gets to be touched with the invisible hand of narrative superiority/safety, lending his leadership a sort of unassailable divinity that should just suck it. This Dark Earth addresses that impulse to feudalism, and it does so while being beautiful in an unshowy way.

I almost don't want to recommend it to your average non-horror reader, because I think what Jacobs is doing is subtle, this slow, personal invocation of all the tropes of the genre, that sets them all up and knocks them all down, slowly, like a steam boiler, like cancer. Death is the greatest democracy there is; we all have our one vote. Survivalist groups in the zombie apocalypse are often pictured as Spartan paramilitary camps set against the undead Athenian mob. I think that we tend to conceptualize survival this way shows our instinct towards feudalism - the dictatorial Governor (oh, the irony!) in Walking Dead growling about terrorists, the slaver in This Dark Earth looking for a king to behead. Both Carl and the "Prince" here are positioned as the members of the New World Order, unable to remember the world before the mob, groomed in violent expediency to threats both real and imagined. I'm not sure where Walking Dead is going to go with Carl, but I have my suspicions, and I'm already girding my loins for disingenuous speeches about honor and stuff. The world loves a tomato because it's red. The apple is red too. But the tomato's flesh is the flesh of mankind.

Do the dead love the flesh of man because it is like a tomato? We'll never know. But I have my suspicions.

As the matriculating Prince observes as he filches tomatoes from their tenuous garden. There are times when this is too much, like in an overtly symbolic sequence that has our boy crucified, quite literally, on an exit ramp sign, but then Southern Gothic (which this book is also, in many ways) often can't help its dips into histrionic religious imagery. Jacobs runs this linear and time-skipping narrative hand-over-hand, from one point of view character to the next, which I believe works beautifully with the stakes and danger of the undead-filled world: you will hear this voice, but you will not know when this voice will end, or if it will pick up again on the edges of another person's story. Knock-out's sequence, and the boys on the steam train were especially tight. (And I have another sophomore paper topic ruminating about the train as it fits into the American landscape as some kind of echo of industrialism and colonial expansion, but I haven't worked out all the kinks.)

Certainly, This Dark Earth isn't reinventing the wheel in terms of zombie narratives, but I thought it dealt with the tropes in a thoughtful manner, which for me can be much more enjoyable than genre-confounding gimmicks or the like. I, for one, welcome our zombie apocalypse feudal overlords, at least as described by John Hornor Jacobs. Hail to the king, baby.