My husband and I are sitting around talking about this book. I'm on the topic because I'm using one of the characters as an example of something, but I keep losing my argument and shouting about other things. He asks me to cast this book, as I've told him about the thing in YA/NA reviews where you cast the novel with pop stars, minor celebs, or even just romantic looking stock photographs of pretty white people. (I'm not going to link to any, because that's probably a dick-move, but do a search for reviews of any New Adult title, and you'll find just scads of these castings.)

"Franka Potente for the girl," I say. "She's got dyed red hair in Run Lola Run, and she's hot and punky, like Max a little." 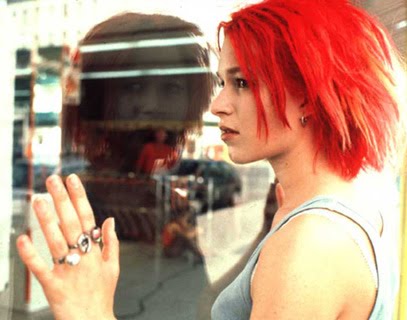 I don't know who to cast as Cade though. I get stuck on Chris O'Donnell because he's what my mind conjured when I think "clean-cut", but I think he's a shitty actor. "What about my boyfriend, Bradley Cooper?" my husband asks. The man has a serious thing for Limitless. Ok, sure. "You know what you've done here," my husband says. "This is Casting by Somebody's Mom."

"You shut your whore mouth!" I yell, but he is correct. I have zero idea who the crop of new actors/celebutants/famewhores are, and, in general, when I watch teen movies, I cannot tell those people apart, which makes for general confusion by me as to what is even going on. ("Wait, isn't that her boyfriend?" "No, that's the other guy." "Do they stamp these kids out of a mold? Top off my drink, darling.")

At this point in the review, I think we're in for an animated gif of the boys from Supernatural to evidence my feels. I can't even, so we'll go Clueless.

Oh wait! Google is awesome! Here is your Supernatural gif:

And now for your b&w softcore: 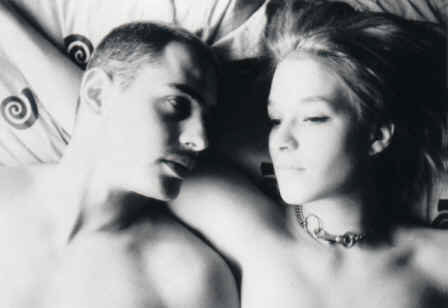 Anyway, I eventually work around to my point, which is that here, in [b:Faking It|16172634|Faking It (Losing It, #2)|Cora Carmack|https://d202m5krfqbpi5.cloudfront.net/books/1360560023s/16172634.jpg|22020637], the girl is cast as the bad girl, and the dude is the one who's all sensitive and clean-cut, which is a reversal of the ways these New Adult titles tend to go. Hell, the way contemporary romance (which this is, mostly) tend to go. Usually panties are wetted over serious bro psychos who box. So I dug that Max was a Bad Girl, even if I didn't believe for a minute that she was one. I'm not claiming ever to have been a bad girl, but I have known quite a few, and Max's badness is costume more than content. Girl, do you even lift?

But that's fine, because she did actually have some real-looking issues, stuff about her relationship with her parents and blowback from her sister's death that felt realish. The set-up is romantic comedy silliness: she needs a fake boyfriend who isn't her lame, caricatured real boyfriend to front for her folks over Thanksgiving. After a meet-cute in a coffee shop - seriously, a coffee shop? That's baaaaad, Max - puppy dog Cade who's hurtin' gets roped into hijinks. Cade and Max do honestly have some good tension though, and the sex writing is totes croms. (That's old speak for "totally cromulent.")

So that's my review!