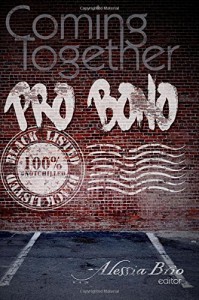 I don't know if you guys have been following the bruhaha involving book blog Dear Author and publisher Ellora's Cave, but I highly recommend it if you like rubbernecking, or you do any book blogging and have an interest in not getting sued. The short version: Dear Author bloggess and proprietor Jane Litte wrote a post entitled The Curious Case of Ellora's Cave. The post is a short history of Ellora's Cave, followed by a sketch of Ellora's Cave's possible financial troubles, using mostly public sources as evidence. (You can and should read it yourself, of course.) Due to this post, Ellora's Cave sues Dear Author for defamation.

From here on out, I am going to avow in no uncertain terms that I am not a lawyer, have no legal background, and may inadvertently mischaracterize the legal wranglings. That aside, this simple caveman knows that defamation cases (at least in the US) are notoriously difficult to win because you have to prove malice.* Ellora's Cave will have to prove Dear Author's post not just inaccurate, but that Jane Litte was willfully and maliciously attacking the publisher. And I'm pretty sure the legal standard for malice is pretty high, such that you can't just point to posts where Litte says she thinks Ellora's Cave sucks (and to be clear, I have no idea if such a thing exists; this is purely theoretical), you have to prove that this specific post was written with the intent to fuck up Ellora's Cave's livelihood. The discovery process, should it get to that, is gonna be super interesting.

Anyway, blah blah, what I really meant to say is that I think this suit is egregious bullshit, and it's clearly designed to have a chilling effect on the book blogosphere. Putting aside the legal standard, which is by needs higher than just a reasonable person's standard, Litte's post isn't defamatory or cruel in any way. I don't even have to put in some caveat about how the rhetoric was harsh and may not be to everyone's taste; it's a fairly dispassionate accounting using mostly public sources, and any back room gossip is clearly labeled as such. Author Courtney Milan -- who is herself a lawyer, and has done some really fun explanations of the legal stuff heretofore (starting here on her blog, then go forward from there) -- coined the hashtag #notchilled, and again, you can check Twitter yourself.

If most hobby reviewers were sued for defamation, we'd fold like an accordion, but Dear Author is pretty visible, and Jane Litte is a lawyer. So she's fighting it, and good on her. She's hired first amendment lawyer Marc Randazza (whose personal blog is super funny, if you're into that sort of thing). Another book blog, Smart Bitches, in addition to pointing out how freaking Streisand Effect this whole action by Ellora's Cave is, has started a defense fund for Dear Author. Which she's gonna need, because your average lawsuit ranges into the tens of thousands of dollars.

This book, Coming Together: Pro Bono, was put together as a fundraiser for Dear Author's defense. I'm not exactly well versed in the romance genre, so I haven't heard of most these authors, but if seems to me that if you're inclined towards the genre, this wouldn't be a bad purchase. If you don't want a romance anthology, you might consider just contributing to the defense fund. There has been a decided squeeze on book reviewers in the last couple months, from stalking, doxxing, and assault, to chilling lawsuits like this one. I'm glad that some people are willing to fight, because I know I'm too tired and fragile to do so. Nolite te bastardes carborundorum.

*This is in cases where the defamed is a public figure, which Ellora's Cave is, and even they don't dispute that. For comparison, a judge just ruled that Abdulrahman Alharbi was not a public figure simply by virtue of being at the finish line, and sustaining minor injuries, in the Boston Marathon bombing. Alharbi brought suit against Glenn Beck because Beck alleged Alharbi was involved in the bombing for weeks after the man was cleared by authorities. Pretty much all articles note that if he were deemed a public figure, the case would be functionally unwinnable.

"If deemed a public figure, Alharbi would have found it difficult or impossible to proceed with the suit since he would need proof of actual malice: namely, that Beck intentionally lied or recklessly disregarded the truth." -- Josh Gerstein, Politico